Datasets change over time, and models should adapt too

Building a performing Machine Learning model requires a significant amount of time to experiment. A data scientist tries different algorithms or different feature engineering strategies before getting the model right. Once the model is tuned to its best, it may be time to serve it in the production environment.

However, when data scientists optimise their models, experiments run against frozen datasets that do not evolve over time. The key assumption is that such a dataset is representative of the data distribution the model will encounter at prediction time. Unfortunately, this assumption might not be always guaranteed when the model is moved to production. Indeed, the validity of it depends on the data generation process and whether the latter evolves over time. If the data comes from users interacting with the UI, it changes in the UI itself or in other interaction patterns. Moreover, it may drive the evolution of the data distribution.

Therefore, monitoring the performance of a model and, at the same time, identifying potential drifts in the data is of paramount importance for checking the health status of a model in production and a pillar of MLOps best practices.

We call drift the general evolution over time of data distribution. It is possible to identify 3 root causes for drifts.

Neglecting upstream changes, the real challenge of an efficient Machine Learning system in production is to cope with data and concept drifts. Typically, the model during evaluation is “static”. By static, we mean that its internal parameters, learned by means of the training process, do not change. Therefore, in case of data drift, it is likely that the model performances may drop whenever the input data has changed so much to appear as something previously unseen by the model. Moreover, the prediction concept a model has learnt during training is tight to the model’s parameters. Therefore, when concept drift occurs, it will keep providing predictions still bound to the original concept, and therefore in disagreement with the new expectations. In real-world applications, nothing prevents data and concept drift to occur at the same time, making them non-trivial to disentangle.

In order to tackle the drift problem, we devised various algorithms. Each of them has its own advantages, but they can generally identify variations over time in data distribution or in any associated statistics (e.g. the mean). The idea is to look at subsequent data windows, defined either by the number of datapoints or with time intervals, in order to have an “old” and a “recent” data sample to compare.

But how do such algorithms work? We can acknowledge two different approaches.

Let us consider the ADWIN and the DDM algorithms as representatives for the first and second categories, respectively. It is interesting then to test how these approaches work to detect drifts and what are their best use cases. In order to do so, we have simulated a few synthetic univariate datasets that represent different ways drifts may occur and manifest, and we have run the two algorithms against each of them to see whether and after how long they could identify the drifts.

We describe the test cases for the ADWIN algorithm. The figure below shows the first synthetic dataset as the value as a function of the number of records in the stream.

It depicts a scenario where a variable x has values oscillating around a constant reference, and both the reference and the amplitude of the oscillation change in correspondence of the green dashed lines that indicate the data drifts.

Below you will find the second synthetic dataset. The main difference with respect to the first one is that the reference value has a trend that changes over time, idealizing a scenario where the x variable represents for instance a time series with varying trends. As before, the vertical green lines mark the data drift moments. Finally, note that since ADWIN works on the input data, there are no explicit constraints on the range of values, although in these examples we kept the numbers between 0 and 1 for simplicity.

It depicts a scenario where a variable x has values oscillating around a constant reference, and both the reference and the amplitude of the oscillation change in correspondence of the green dashed lines that indicate the data drifts.

Below you will find the second synthetic dataset. The main difference with respect to the first one is that the reference value has a trend that changes over time, idealizing a scenario where the x variable represents for instance a time series with varying trends. As before, the vertical green lines mark the data drift moments. Finally, note that since ADWIN works on the input data, there are no explicit constraints on the range of values, although in these examples we kept the numbers between 0 and 1 for simplicity.

We can then apply the ADWIN algorithm to these two test cases. You’ll see the results in the image below, where the red vertical lines mark the detected drifts. Without going into the details of how to set the “sensitivity” parameter of the algorithm, it is yet instructive to compare the results on the two test cases, since they are indeed mostly driven by the characteristics of the two datasets themselves.

We can immediately notice that the algorithm works very nicely with the first dataset, promptly identifying the drifts moments, while it comes up with too many putative drifts in the second dataset. This difference can be understood by recalling that the ADWIN looks for variation over time of the mean of the data. In the first dataset, the mean of the data is constant despite the oscillations of the values, and it changes indeed in correspondence with the drifts. On the other hand, the trends introduced in the second dataset are such that the mean changes over time. In a sense, the algorithm is then picking the change right; however, the two datasets depict two conceptually different scenarios. In the first case, the sequential order of the data (in between each drift) is not relevant, while in the second case, the sequentiality contains part of the information (i.e. the underlying trend), and it does make a difference if you have shuffled data. To give an example, the first case shows a sequence of customer profiles to be evaluated for churn probability, where it does not make difference to evaluate customer A before customer B or vice versa. While the second case is like stock market data, which are time-series data, and therefore the order makes a difference to whether the value is rising or falling. Therefore, we should not interpret as a data drift the underlying trend in the second scenario.

The figure below shows the test dataset used for the DDM algorithm. Since the latter evaluates not directly the data, but the corresponding stream of errors made by a putative model that is doing inference and is receiving the ground-truth feedback, the structure of the dataset is different from the ADWIN case.

So, with the dataset at hand, we can evaluate the performance of the DDM algorithm. You’ll find this in the image below.

As before, we detected drifts with red vertical lines. The algorithm can promptly detect the occurrences of drifts in the underlying model performances. Again, the scenario here is: there is a putative model that receives a stream of data and creates a corresponding stream of predictions. Those predictions are checked against the ground truth, i.e. we need to find a possible way to validate the correctness of such predictions. Therefore, we have the stream of the model errors used by the DDM algorithm to look for the occurrence of any drift in the model performance.

What is Radicalbit doing about it?

So, what can we conclude? Provided that model monitoring is fundamental for any machine learning system in production, we have to realise that there is not a technique that can deal with every circumstance. Referring to the two types of approaches analysed above, we can see they both have advantages and disadvantages.

At Radicalbit, we are upgrading our MLOps platform to incorporate those algorithms and some variations of them in order to better adapt to different situations. We are also working to combine them with different techniques in an effort that mixes R&D and product strategy in order to provide a flexible platform that makes model monitoring efficient and effective. 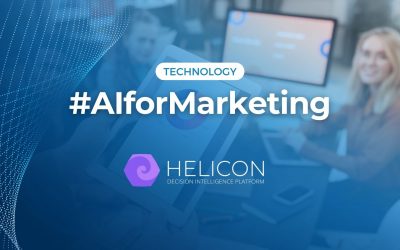 Artificial Intelligence and Machine Learning are already changing the world of marketing as we know it. These technologies help enhance and quicken countless marketing tasks, improving customer experiences and driving conversions. For instance, Artificial intelligence... 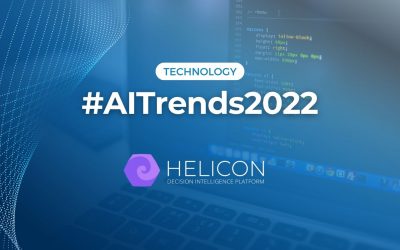 Top 7 AI and Machine Learning trends to watch in 2022

Artificial intelligence and Machine Learning are taking more and more relevance in businesses to make critical decisions, and create innovative products. Let’s face it; AI already exists in our daily routine for every action we do. Think about the lovely conversations... 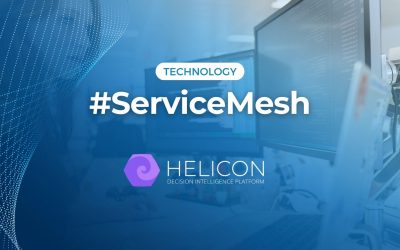 How can a Service Mesh improve your microservices architecture?

A wealth of interesting technologies and methodologies has risen in recent years under the “Cloud Native” umbrella name, and their impact in our lives as developers has been very deep. We were once used to have big monolithic applications, hosted on enterprise... 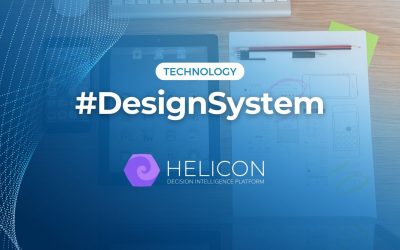 Sparking joy in a design system

Implementing BEM in a cluster of products made with React.js following Marie Kondo’s secret of happiness Any frontend developer will have experienced the pleasure of opening the newly released page with the Chrome inspector finding a clear and semantic clean code. Not... 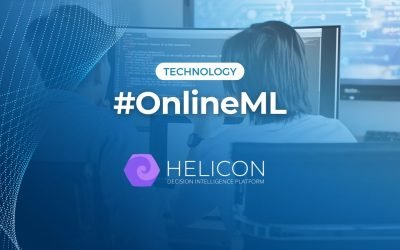 Online Machine Learning: Into the Deep

Online Learning is a branch of Machine Learning that has obtained a significant interest in recent years thanks to its peculiarities that perfectly fit numerous kinds of tasks in today’s world. Let’s dive deeper into this topic. What exactly is online learning? In... 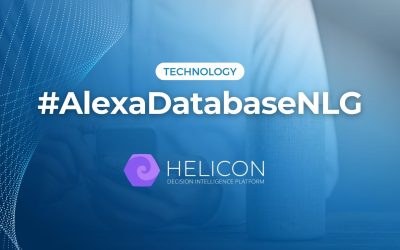 In recent years, smart speakers like Amazon Alexa, Google Home, and Apple HomePod have increased their market share, and according to the forecast, their popularity will continue to grow. Lots of people have one or more of these speakers at home, and they are used for...